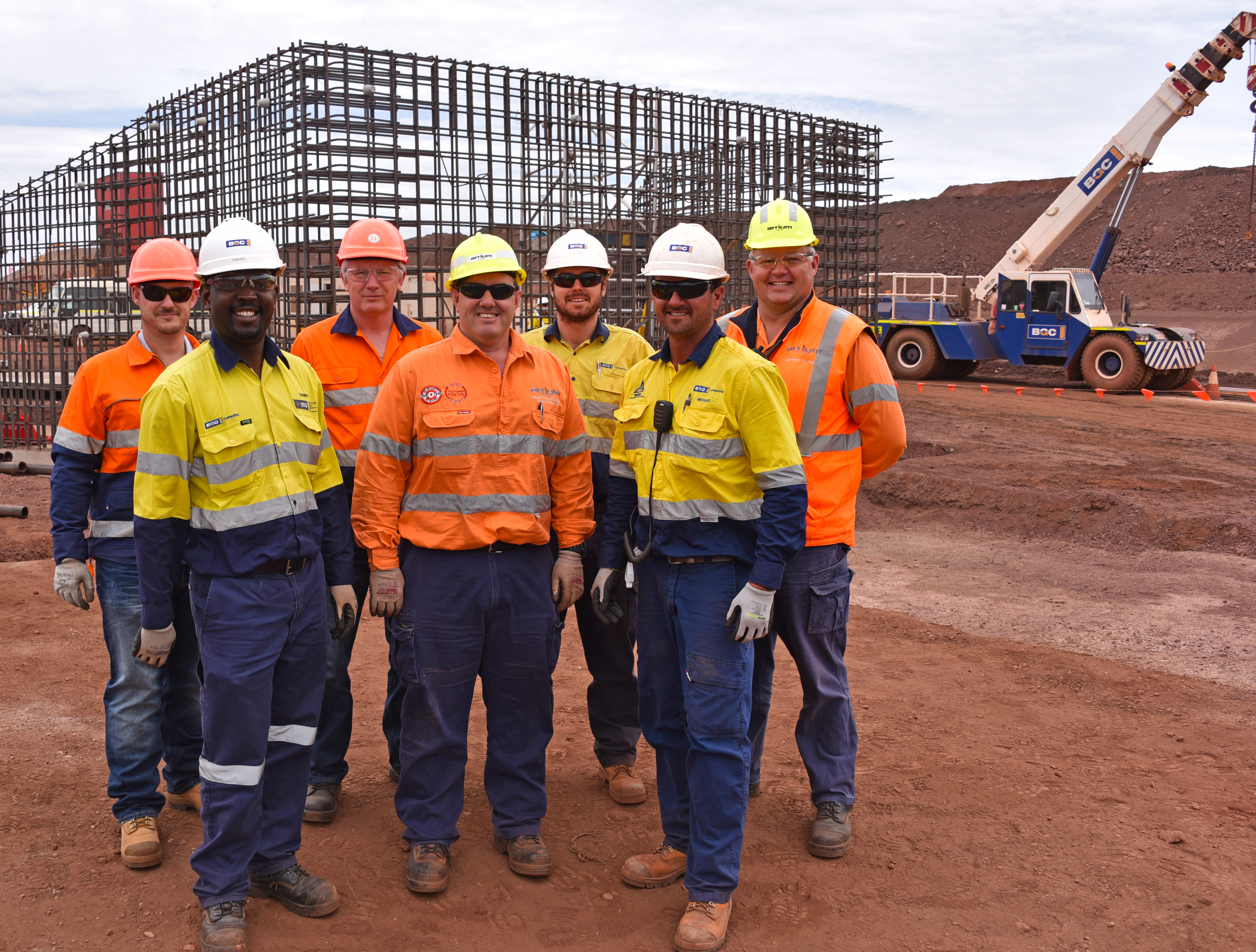 Whyalla contractors are benefitting from the construction of new wash plants at Arrium’s mining operations, which will see the injection of $25 million into the local economy.
Work is well underway at the Iron Knob Mining Area in preparation for the arrival of the first of the plants early in the New Year.
These plants will enable Arrium to accelerate the processing of low-grade iron ore at both the Iron Baron and Iron Knob mining areas, with the product playing a critical part in maintaining Arrium’s current export sales volumes and grade.
Although the plants themselves are being built in Ireland by CDE due to the specialist nature of the equipment, the majority of the on-site work will be undertaken by local contracting companies.  This includes the appointment of a Whyalla local -Damien Robinson – as Site Manager to work for CDE at both the Iron Knob and Iron Baron sites.
CDE and Arrium’s Major Capital Projects team have made it their priority to work with the Whyalla community on the project by utilising local services at every opportunity.  This will assist the local economy through everything from electrical and mechanical work, to crane hire and earthworks.
Arrium itself will also benefit through the use of OneSteel reinforcing sourced from the Whyalla Metalcentre team.
The Iron Knob plant has already been constructed and tested in Ireland in a modular format and is now being sent in separate containers, with the first batch expected to arrive in early January 2017.  Upon arrival, the various modules will then be assembled by local contractors and tested before being commissioned in April.
This will be followed by the Iron Baron plant which is expected to be commissioned in early FY18.
The purchase of these plants was made possible by the Turnbull Government delivering on its election commitment and providing a loan for $49.2 million.   Federal Member for Grey Rowan Ramsey said he was pleased local contractors were involved in the ongoing work through the utilisation of the Federal Government loan to assist Arrium’s ongoing viability.
“Industry Minister Greg Hunt continues to perform in an absolutely first-class manner in his pursuit of a good outcome for Arrium,” he said.
“This is very welcome news adding to the profitability and saleability of Arrium just at the time when we are talking to prospective investors.”