Update – Reliability and quality of electricity supply on Eyre Peninsula. 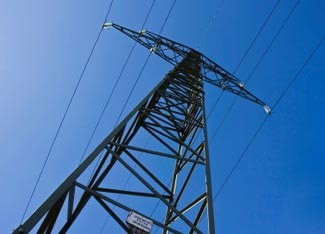 The Commission must submit an Inquiry draft report to the Treasurer by 31 May 2017, with a final report to be submitted by 6 October 2017.

The Commission has been working closely with ElectraNet, SA Power Networks and various regulatory bodies during the Inquiry process to date.  Data provided by the network businesses show that reliability performance on the Eyre Peninsula was generally consistent between 2006/07 and 2015/16.  There has been a significant deterioration in performance during 2016/17, due to the severe weather events on 28 September 2016 and 23 December 2016.

The data confirms that there are two different reliability problems that could be addressed:

Survey evidence suggests that the biggest problem encountered by customers on the Eyre Peninsula during the 28 September 2016 state wide blackout was the loss of telecommunications services.

Evidence of quality of supply performance

To report electricity faults and emergencies contact SAPN on 13 13 66.

To determine whether or not there is a systemic quality of supply problem, the Commission has discussed with SA Power Networks the possibility of putting voltage testing equipment at particular locations on the Eyre Peninsula.  SA Power Networks has confirmed that it can accommodate that request and Commission staff are now working with RDAWEP’s Peter Scott to identify suitable locations.  SA Power Networks requires a lead time of approximately 4 weeks to install the equipment.  The Office of the Technical Regulator will provide independent oversight of the testing process.

Options for improving reliability of supply

The Commission has received preliminary information on options for improving reliability of supply in the region from SA Power Networks, ElectraNet and Eye Energy, a Port Lincoln based provider of solar generation.  The Commission is liaising with those organisations to develop cost-benefit analyses of the various options, which will be discussed in the Commission’s draft report.

The Commission is also considering whether or not there are areas where the regulatory framework could be improved to deliver better planning and coordination of network and non-network solutions on the Eyre Peninsula.  Those requirements are important given the technological changes that are occurring in the electricity industry.

The Commission continues to prepare its draft report for submission to the Treasurer by 31 May 2017.  It will conduct a public consultation process in June/July, following release of the draft report.  ESCOSA will arrange meetings with the Reference Group and other interested stakeholders on the Eyre Peninsula at that time.