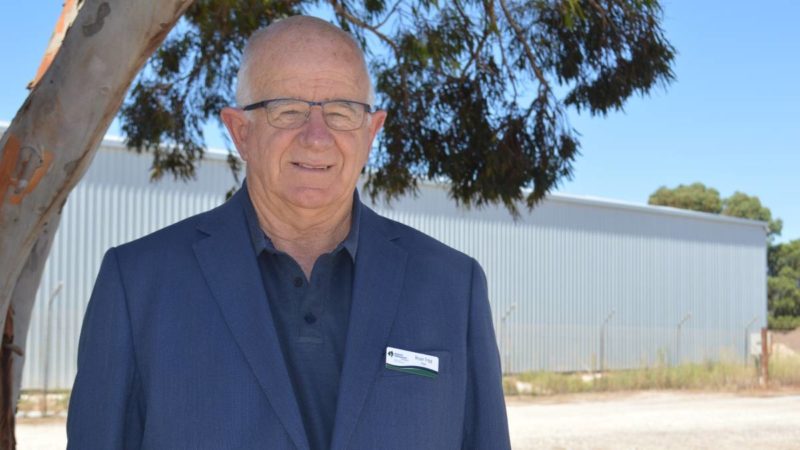 Bryan will continue to be at the helm of a dedicated, committed and regional focused group of community leaders.

Mr Dion Dorward, RDAWEP Chief Executive Officer and Director of Regional Development, said Bryan’s extensive experience and knowledge of regional economic development and the Eyre Peninsula region made his reappointment an excellent choice. “Bryan has provided stable leadership and prudent advice to the Board and I during a period of immense change and transition.”

Mr Trigg has a long association with regional economic development, having first been appointed to the board of RDAWEP by the Federal Government in 2012 and then as Deputy Chair in 2015.  Mr Trigg was appointed as Chair of RDAWEP in July 2016 and has been a strong advocate for the organisation’s regional approach.

Mr Trigg’s knowledge of Local Government, having served as an Elected Member of the District Council of Cleve, presently as Deputy Mayor, has greatly assisted RDAWEP’s continued partnership with the regions eleven local councils.

Bryan is the current SA CFS Group Officer for the Eastern Eyre Group. He holds Life Memberships for multiple organisations including the Eastern Eyre Football league for which he has been a long time delegate and President. Bryan’s work with the league has been recognised by being granted Merit awards by both the SANFL and the AFL.

Bryan is currently Managing Director of two local companies and has been a National Director for Rural Co, an Australia wide Rural Merchandise Company.  In 1998 Bryan was awarded the National Member of the Year for Australia, as his Business based in Cleve on Eyre Peninsula was judged to be the best in Australia.

At present Bryan is a retired small business owner and has lived and worked in Cleve since 1973 and previous to that he resided in Cummins.

Bryan brings his experience and diverse strategic skills to the RDAWEP Committee, influencing and inspiring the team to be cohesive and produce outstanding results.

“It is a great privilege to be reappointed to lead RDAWEP and be part of a network that works relentlessly to support industry, businesses and all levels of government to leverage opportunities that are being created on the Eyre Peninsula,” he said.

Bryan noted that RDAWEP is a key contributor to regional economic growth. “The past 12 months have been very successful with the collective investment of $30million into businesses in Whyalla, approximately $20million of State and Federal grants into local businesses and regional infrastructure, a great focus on energy and telecommunication reliability and price and efficient export pathways for primary industries.”

“In addition, I look forward to continuing to work with fellow Board Members, the CEO and staff, industry and businesses and the eleven Member Councils in the region,” he said.

RDAWEP is proud to be represented by such a capable Chair and looks forward to continuing to benefit from Bryan Trigg’s positive leadership.