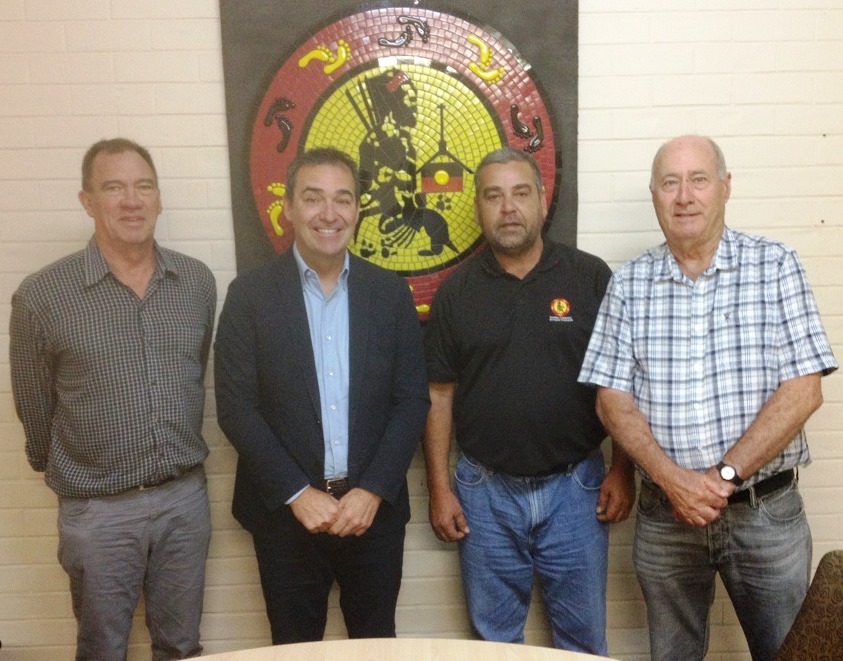 Considering Premier Steven Marshall’s busy schedule which has been compounded by the recent bushfires, he managed to include a visit to Eyre Peninsula. It was very pleasing that in his role as Minister for Aboriginal Affairs and Minister for Tourism he visited three of the sites in the Far West that are major partners in the Far West Aboriginal Tourism Strategy actions. Premier Marshall was particularly impressed with the initiative shown by the Ceduna Aboriginal Corporation in progressing the establishment of the Ceduna Aboriginal Art and Cultural Centre, and the establishment of the Koonibba Store that will now connect with the history of Koonibba as a tourism site. Information was provided on the progress of other tourism sites including Maralinga Village Tours, Head of Bight, Yalata Caravan Park and the Scotdesco accommodation facility. The Premier was particularly interested in Koonibba’s role in the space program with the first launch planned for March. He was accompanied by local member Peter Treloar MP.