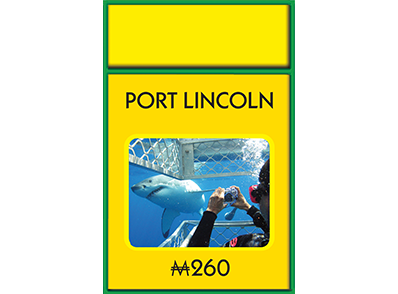 Mayor Bruce Green attended the unveiling of the Australian version of the Monopoly board at the Sydney Harbour YHA this morning together with the
winning State Premier’s office and 18 Mayors and dignitaries from across Australia. 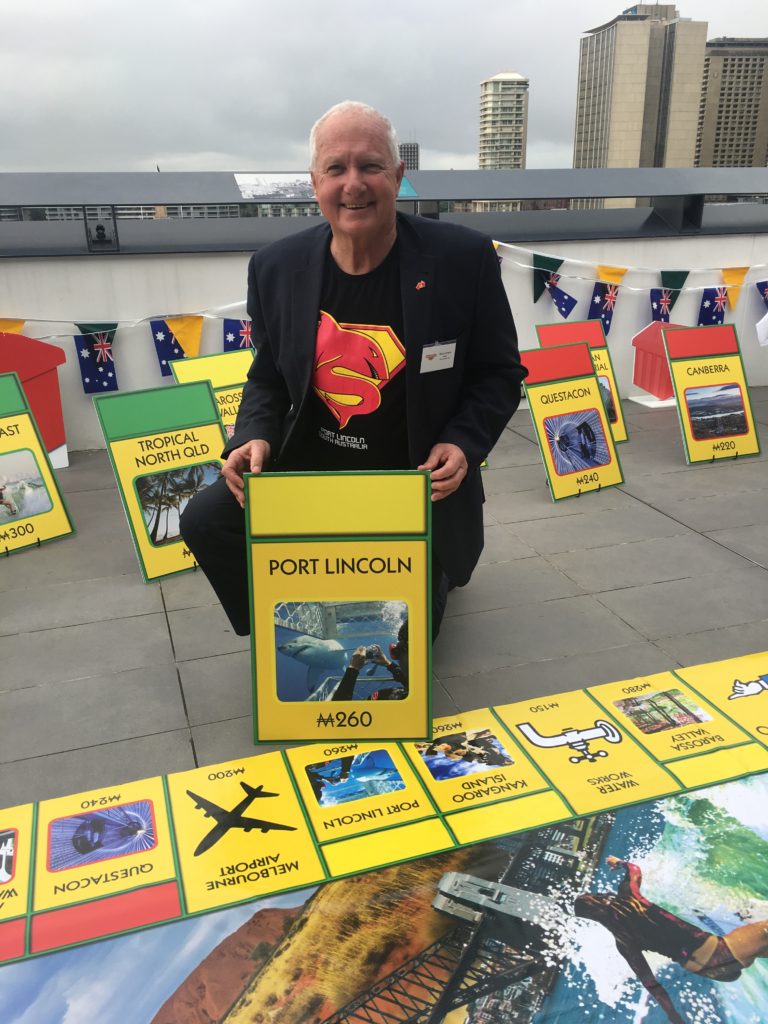 Port Lincoln features in the ‘yellow’ section of the Australian Monopoly Board, alongside Barossa Valley and Kangaroo Island.

“A huge thank you must go to our local radio station 5CC/Magic 899 and commercial tourism operators that encouraged the community to vote for Port Lincoln through their social media networks. What a fantastic result to be included on the new Aussie Monopoly Board”, said Mayor Bruce Green.

“I encourage everyone to roll the dice on the new Aussie Monopoly Board with the new edition showcasing Australia’s most popular tourist destinations together with our wonderful city, Port Lincoln”.

The community should be very proud of their voting efforts as this has enabled Port Lincoln to feature on the new Monopoly Board after 35,000-plus votes determined the 22 places selected across Australia, from 40 originally nominated by State and Territory tourism authorities.