The port is also a project that can grow with the long-term future needs of a broad range of producers – including grain growers – and the Peninsula. The proposed site has 1,100 hectares of land available for other industries including a range of minerals and agricultural exports, imports of key inputs to mining and agriculture sectors and use as a potential hydrogen export hub.

The Project is capable of expansion to cater for direct loading of Capesize vessels, making it a key enabler of the proposed $2.4 billion Central Eyre Iron Project as well as a number of resource projects on the Eyre Peninsula that currently lack an efficient export path to global markets. This will be of national significance as the only such Capesize-capable facility between Esperance and Port Kembla.

Key Project facts:
• 900 metre jetty, wharf and landholding of 1,100 hectares at Cape Hardy, approximately 7km south of Port Neill on the Eyre Peninsula
• Up to 1.5 million tonnes per annum in grain exports would be freight advantaged, delivering significant transport savings for growers
• Independent modelling indicates the Project will generate more than 400 direct and indirect jobs during construction
• Will remove significant road train traffic from the main streets of Port Lincoln, the Tod Highway and Lincoln Highway (a majority of grain is currently trucked to Port Lincoln)
• Able to be expanded to accommodate Capesize vessels (under Stage 2), further enhancing export abilities for the Eyre Peninsula and South Australia
• Growers will (via EPCBH) be significant shareholders in the facility

Through an extensive consultation and engagement process, Cape Hardy has achieved overwhelming community support as the preferred option for a multi-commodity, multi-user deep-water port on the Eyre Peninsula.

The Project has received a Federal Government funding commitment of $25 million and is the only South Australian project currently listed on Infrastructure Australia’s Priority List.

It also has the support of the Eyre Peninsula Local Government Association representing 11 local councils, is approved under the Federal Environment Protection and Biodiversity Act and has a Registered Indigenous Land Use Agreement (ILUA) with the Barngarla Aboriginal Corporation.

Financial close for the Project is planned for Q3 2021 which will enable construction of Cape Hardy Stage 1 to commence ahead of operations starting in early 2023.

Tim Scholz, Chief Executive Officer of Eyre Peninsula Co-operative Bulk Handling Limited:
“The Cape Hardy development will deliver direct benefits to farmers through creating much-needed supply chain competition and transport cost savings to the Eyre Peninsula grain industry.
Importantly, the joint development agreement has a clear objective that farmers will be significant shareholders in the facility in what will be first opportunity for Eyre Peninsula grain growers to have an equity stake in infrastructure since the 2008 deregulation of Australia’s wheat trade.
We are delighted that an Australian institution with the investment capability of Macquarie Capital is putting its weight behind Cape Hardy.”

Larry Ingle, Chief Executive Officer of Iron Road:
“Iron Road has been working closely with key stakeholders on the Cape Hardy port development since 2012 as part of the wider Central Eyre Iron Project.
We are pleased that Macquarie Capital shares our vision of the near-term benefits and future opportunities this vital infrastructure unlocks for Eyre Peninsula communities.
A major partnership milestone with Macquarie Capital and EPCBH represents a key step forward in de-risking this important project for South Australia.”

Andrew Newman, Division Director, Macquarie Capital:
“Cape Hardy is a project of national economic significance and competitive advantage, with a strong proposition for grain farmers and the potential to unlock significant future economic activity.
A deep-water port would support producers across the State, and Cape Hardy is ideally situated to house a multi-commodity port that could be accessed by agricultural and resources producers alike.
We are pleased to be working with Iron Road and EPCBH on this very important project for the Eyre Peninsula and South Australia.” 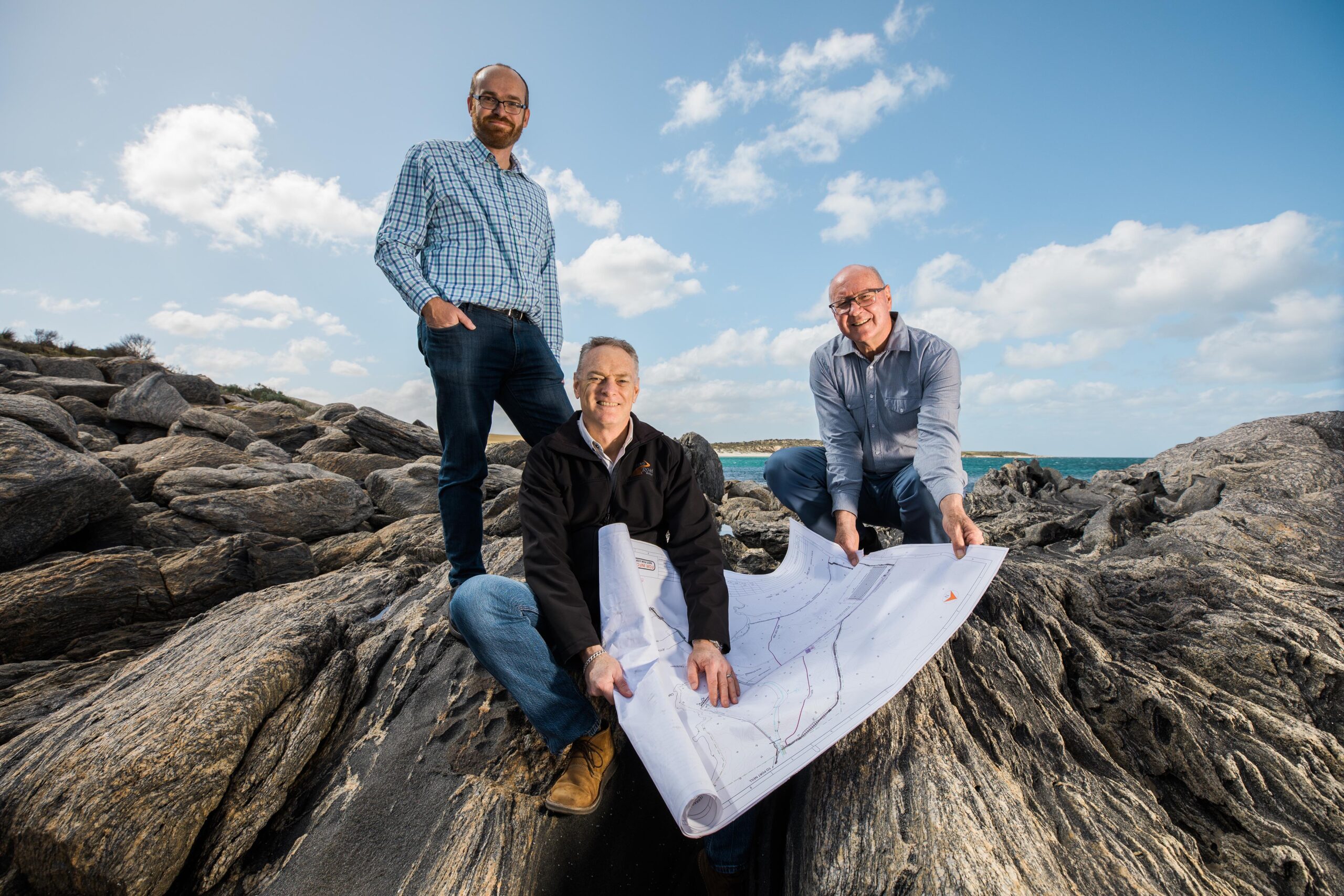 About Iron Road
Iron Road Ltd is the 100% owner of the Central Eyre Iron Project, an advanced, long-life iron ore mining, beneficiation and infrastructure development on the Eyre Peninsula, South Australia. High quality iron concentrate product from the project has demonstrated it can assist steel mill customers lift productivity and better manage tightening environmental standards. The planned export facility at Cape Hardy is designed to be South Australia’s first Capesize capable port and will be developed over a number of stages. The Stage I port development is predominantly for grain export, with third party access for the import and export of various other commodities. Infrastructure Australia has identified the potential for Cape Hardy to ultimately integrate to the Australian National Rail Network which would provide the basis for a world class multi-user bulk shipment port that can service central and southern regional Australia. Further long-term opportunities for Cape Hardy revolve around its proximity to large-scale renewable energy resources and potential for green hydrogen development.

About Eyre Peninsula Co-operative Bulk Handling
Formed in August 2017 by a group of Eyre Peninsula farmers, EPCBH pursues opportunities to improve competitiveness for grain growers. EPCBH aims to enhance returns to growers and farm businesses using a collaborative approach. During the past 10 years, EP farmers have grown an average of 2.5 million tonnes of grain each year, with over 90% of that grain exported. The strong penetration by others, such as the Ukraine and Russia, into Australia’s traditional export markets in Southeast Asia, demands that storage and handling chains be globally competitive. The ‘farm to customer’ cost structure on the Eyre Peninsula is relatively high and our partnership with Iron Road signals our intention to address this. EPCBH aims to, over time, achieve a broad base of support from the Eyre Peninsula farming community.

About Macquarie Capital
Macquarie Capital combines specialist expertise, innovative advice and flexible capital solutions to help our clients and partners make opportunity reality. Our global corporate M&A and advisory capabilities are underpinned by deep specialist expertise across a range of sectors, and a full spectrum of capital solutions, from debt, equity, and private capital raising and financing. We invest our own capital to enable new opportunities through the development and construction of infrastructure and energy projects, and in relation to renewable energy projects, the supply of green energy solutions to corporate clients.