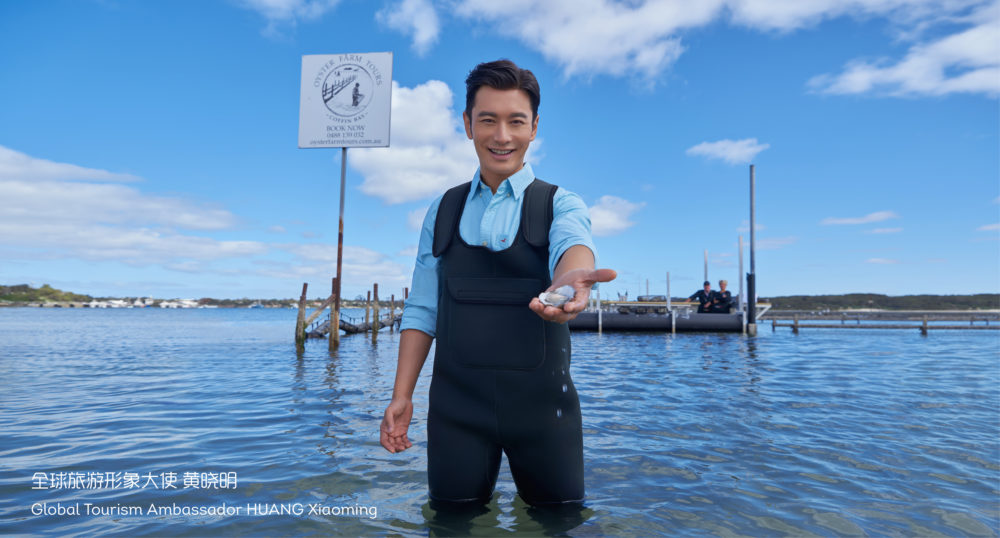 McLaren Vale, Kangaroo Island and South Australia’s premium food and wine are about to be showcased throughout China in the State’s biggest ever campaign into our fastest-growing market.

Chinese superstar, actor and singer Huang Xiaoming has been announced as South Australia’s tourism ambassador, promoting the state to millions across China.

Mr Huang made the announcement at a press conference to media and trade in Beijing, China, following a visit to South Australia last month.

Iconic images of South Australia along with footage featuring Mr Huang will showcase a diverse range of experiences in Adelaide and the regions, including the Adelaide Oval Roof Climb, swimming with sea-lions on Eyre Peninsula and enjoying South Australia’s clean, fresh produce and seafood.

Mr Huang will share his experiences with his 53 million followers on social media during the coming year.

South Australia has seen a dramatic increase in the number of Chinese visitors – jumping 56 percent to 56,000 in the past year. This is off the back of the State Government working with Adelaide Airport and China Southern to attract direct flights from Guangzhou, China, into Adelaide.

Leon Bignell MP acknowledged Mr Huang as a genuine and passionate advocate for South Australia and a massive win for the State to have him as our ambassador in China.

“While most South Australians haven’t heard of him until now, he is one of the world’s biggest celebrities who gets mobbed by fans in his home country and has tens of millions of followers.

“He won’t promote anything that isn’t a premium brand and that’s why he signed up to be an Ambassador for South Australia. With China Southern introducing two additional flights a week to Adelaide we will soon be seeing even more high-end visitors touching down in Adelaide to discover Mr Huang’s SA.”

“China is our largest market by spend, pumping $352 million into our visitor economy in the past year. Demonstrating our marketing investment in China and securing the new direct flights to Adelaide by China Southern is paying off,” Mr Bignell said.

Huang Xiaoming expressed his delight to be the ambassador for South Australia. “South Australia is a place where you can enjoy breath-taking natural scenery, meet the local wildlife, and experience world-class vineyards and food to enjoy the best of Australia.”