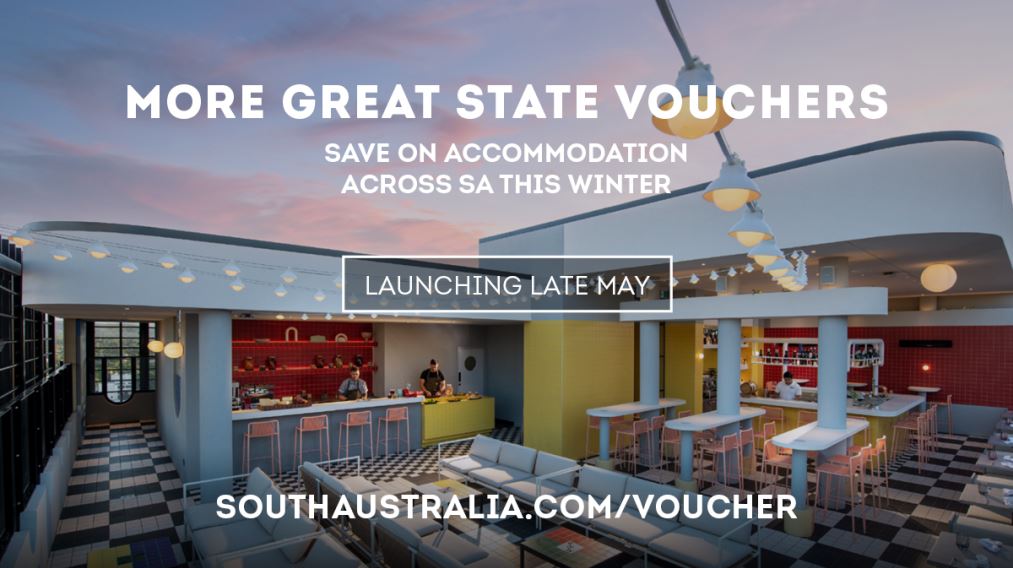 The Premier has announced another round of Great State Vouchers targeted to accommodation, to keep the momentun of SA’s record-breaking occupancy rates going into the colder months.

The record-breaking data coincides with the travel period of the previous round of Great State Vouchers targeted to accommodation, which – combined with round one – created over 62,000 room night bookings and a flow-on of more than $32 million spent in the state’s visitor economy.
It also comes as Adelaide was confirmed as having the 15th highest hotel occupancy in the world in March 2021 – from data analysed across 180 countries.

The fourth round of Great State Vouchers targeting accommodation will launch in late May for travel through the winter. It will work like previous rounds for accommodation, with $50 off participating accommodation providers in regional South Australia and suburban Adelaide, and $100 off hotels in the CBD and North Adelaide. Consumers can expect to see new additions such as ‘mid-week treats’ or special deals to incentivise Sunday to Thursday night bookings in the CBD.