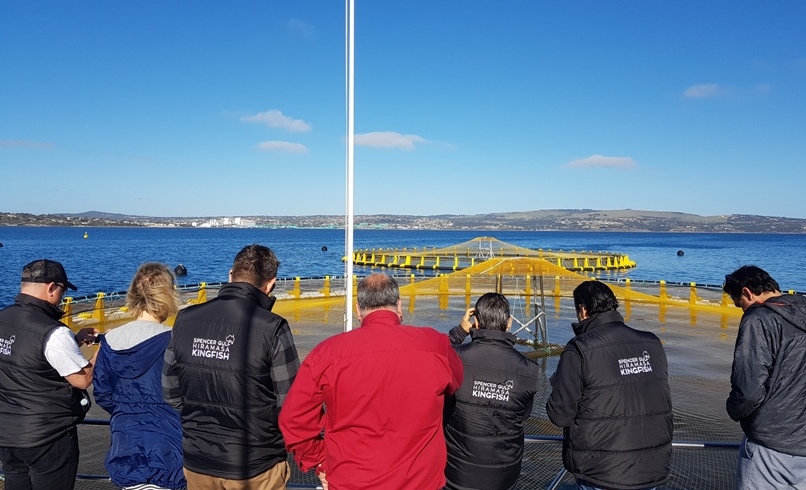 On Sunday the 28th of October some of the country’s best chefs travelled to the Eyre Peninsula to experience firsthand the produce we have to offer.

In collaboration with Olsson’s Salt we helped ensure our guests had a well-rounded two day tour, showcasing regional producers and their products. 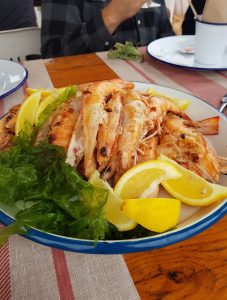 The group started their trip in Whyalla where Olsson’s Salt put on a spectacular seafood lunch cooked by Chef Martin Dulke on the tidal beach at the Pacific Salt Works, followed by a salt pans and factory tour. On the chefs’ arrival to lunch, Beer Garden Brewing’s Salty Session Ale went down a treat and nobody could get enough of the oysters from Turners Oysters and blue swimmer crabs, king george whiting and king prawns supplied by Myers Seafood.

Our guests then made their way to Port Lincoln where they got to sample a variety of pork products from Boston Bay Smallgoods at Jason Stephenson’s new restaurant Fumo 28. Despite having a large lunch, no one could resist the amazing spread of food on offer for dinner which still managed to incorporate some of our regions famous seafood into the largely pork based menu.

We pulled up along side a Kinkawooka mussel boat during Andrews tour.

On Monday morning we were up bright and early to head out to Cleanseas’ Hiramasa Kingfish farm on one of Calypso Star Charters boats. Local chef Tony Ford cooked a gourmet breakfast on the boat which made for a perfect start to the day. After Cleanseas hosted their tour of the Kingfish farm, we moved on to the Kinkawooka Mussel farm where EP Seafood’s’ Andrew Puglisi captured everyone’s attention with an interactive chat about mussel farming.

Once back on dry land we headed to the EP Seafood’s factory for a tour before our next stop which was restaurant Line & Label for lunch. On the sunshine filled deck at Peter Teakle’s stunning venue the chefs were treated to an oyster masterclass and tasting run by Gazander Oysters, as well as a chance to chat to Gavin Myers from Myers Seafood about the delicious produce he had provided for lunch the day before. Just before sitting down to eat the group moved to the kitchen where visiting chef Ian Curley helped Cleanseas with a Kingfish masterclass. 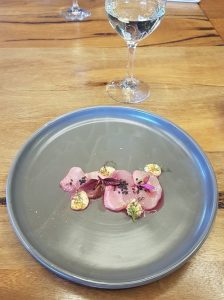 Pickled razor fish were on the menu at Line & Label.

For lunch Line & Label’s Chef Josh Harris showcased local razor fish and ocean jacket snout, with both mouth-watering dishes being very well received by the chefs. The lunch also gave local fishermen Hugh Bayley and Leon Van Weenan a chance to get up and give the group some insight into the process of catching ocean jacket and berrima octopus respectively. Monday afternoon the group of chefs left Port Lincoln with full stomachs and a better understanding of our regions incredible produce thanks to all of the locals who got involved.

This tour was a great opportunity for local producers, as it allowed these big-name chefs to not only taste their products but also to understand exactly where they come from and hopefully become inspired to use more Eyre Peninsula produce on their menus. We would like to say a massive thank you to Olsson’s Salt and all of the local producers who came on board to spread the word about the Eyre Peninsula’s spectacular produce and help our guests have an amazing experience.