Feral deer sightings on the rise across EP 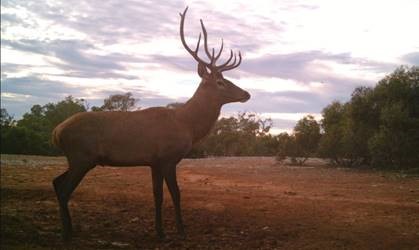 “They have the ability to disperse over hundreds of kilometres relatively quickly and damage native vegetation, increase soil erosion and reduce biodiversity by impacting vegetation and habitats for threatened species such as Malleefowl,” Mr Tucker said.

“Not only do they cause environmental damage, but feral deer can carry exotic diseases such as bovine tuberculosis that can infect domestic stock.

“And when deer are present near highways, they are a significant hazard for motorists and could easily cause fatal collisions.

“The males are also extremely aggressive during breeding season, and this could pose a threat to public safety for bushwalkers, campers and landholders,” Mr Tucker said.

If you see or hear of feral deer on the Eyre Peninsula please contact NRM Officer Ben Tucker 0428 846 741 or log sightings on the Feral Scan website: www.feralscan.org.au.