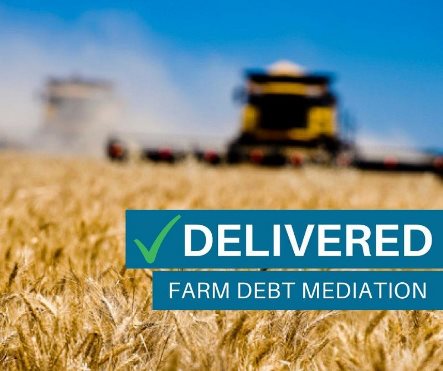 Greater protection and financial security will be provided for farmers with the Farm Debt Mediation Bill which was passed through the South Australian Parliament in July.

The new legislation will enforce a mandatory mediation process before a creditor is able to foreclose on a farming operation.

“This scheme gives our farmers something more to rely upon in difficult times, knowing they will now have enshrined in law the right to a mandatory process to resolve financial problems by presenting their case with an independent mediator.”

The South Australian Small Business Commissioner will take on the administration of the new scheme, as soon as the Governor proclaims the commencement of the Farm Debt Mediation Act 2018.

Rainfall across many parts of the state have been below average for the year to date and the forecast is for less than average rainfall for the remainder of the cropping season.

These dry conditions across large parts of South Australia have led to the formation of a Dry Conditions Working Group, convened by PIRSA and chaired by PPSA’s Rob Kerin. The areas of particular concern are in the Upper Eyre Peninsula, the Murray Mallee and the North West Pastoral districts.

Farmers experiencing hardship are encouraged to check their eligibility for the Federal Government’s Farm Household allowance.  Producers may be able to access support in completing the application through Rural Business Support (RBS). RBS also provide free, independent, and confidential counselling services for those experiencing financial difficulties.