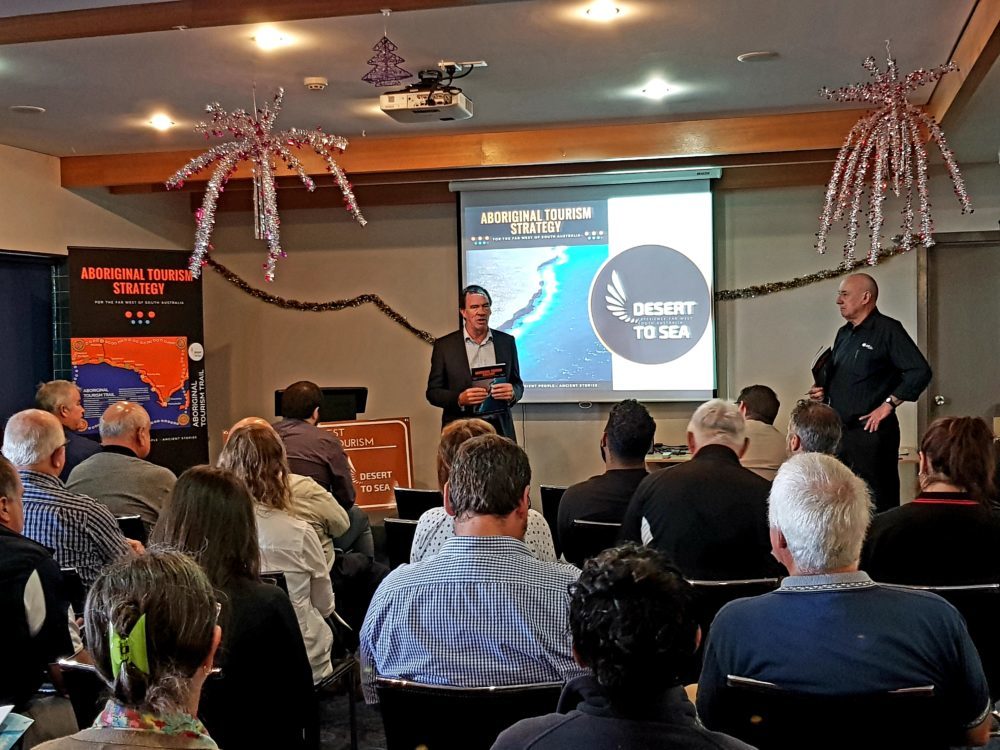 There is something surreal and captivating about the far west of our Eyre Peninsula region.
The largest block of limestone on earth, raised from the sea 3 million years ago. The ancient, where time began feeling is all around. Aboriginal people on the far west reaches of South Australia, from the desert to the sea, are working hard to promote a wider appreciation of their ancient grounds and rich culture to others. In doing so, they hope to provide themselves with economic, environmental and social benefits to secure their wellbeing and that of future generations.

Regional Development Australia Whyalla and Eyre Peninsula is enormously proud to have facilitated the development and launch of the Far West Aboriginal Tourism Strategy. We would like to thank:

Aboriginal culture is the world’s oldest continuous culture. Alive and dynamic, generations of Aboriginal people have accessed thousands of years of accumulated knowledge, wisdom and law. Small but growing Aboriginal tourism ventures are taking their ancient culture and sharing, offering insights and experiences to visitors both from within Australia and overseas.

This newly launched strategy should energise and deliver improved infrastructure, create new experiences and put the far west on touring route maps like never before.