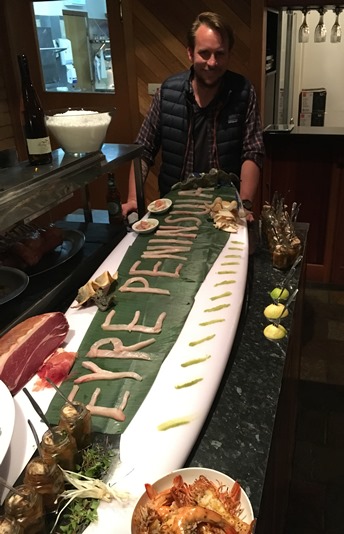 RDAWEP recently hosted a group of 10 chefs from Brisbane, Sydney, Adelaide and Noosa on a whirlwind tour of Eyre Peninsula’s premium produce.
The two day tour saw the chefs fly from Adelaide to Whyalla where they were hosted by Alexandra Olsson and staff at Olsson’s salt operations and spent the afternoon touring the salt works.  Olsson Salt is the oldest family owned and operated salt company in Australia and have been harvesting salt in Whyalla since 1968.  In order to remain viable in a highly competitive market, Olsson Salt has embraced the notion of value adding, producing a variety of products for the culinary and livestock markets. 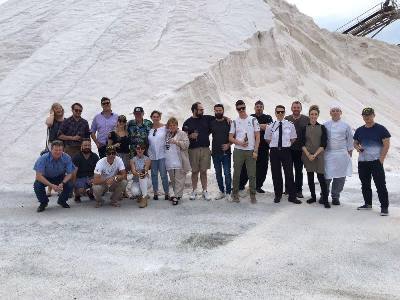 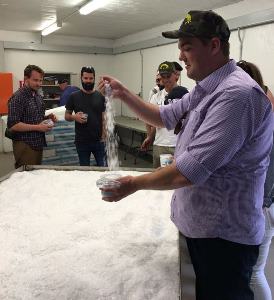 The chefs then travelled onto Port Lincoln where they met with a variety of industry leaders over a dinner of the freshest Eyre Peninsula produce at Boston Bay Winery.  The following morning, the chefs boarded a local vessel and toured EP Seafoods and Cleanseas aquaculture farms and processing infrastructure where they were able to gain a deeper understanding of mussel and kingfish operations.  The mussels and Hiramasa Kingfish products along with the regions oysters, continue to have a strong presence on menus throughout Australia.
Once again, the regions produce was on show and lunch with local chef Kris Bunder ensured that the group didn’t leave hungry.  The chefs then boarded the charter plane for one last leg to Cleve where they were hosted by local farmer, Jason Stephenson.  Jason, owner of Boston Bay Smallgoods, has rapidly built a brand that is growing in reputation across Australia for producing some of the country’s finest heritage pork products.  The chefs spent time observing the free range farm operation before boarding the plane and departing back to Adelaide and beyond. 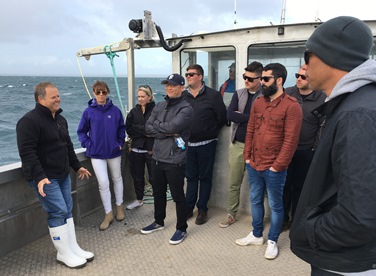 “The tours are an integral part of raising the profile of Eyre Peninsula and its produce, and creating regional ambassadors throughout the country.  Each chef will take their learnings and new found appreciation of the region back into their workplace and pass on their knowledge to their staff and customers.  Ultimately, we know that tours such as this one also lead to new business relationships and sales for our producers,” said Mr Brad Riddle, RDAWEP.

RDAWEP would like to thank our industry partners Olsson’s Salts, EP Seafoods, Cleanseas and Boston Bay Smallgoods as well as local industry representatives for their support of the tour. 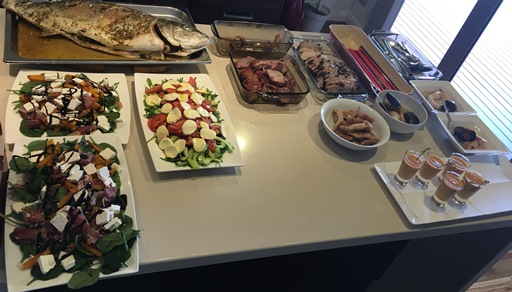