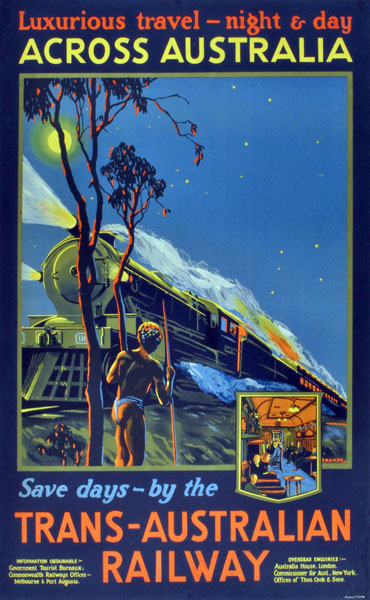 The 100th anniversary of the completion of the Trans Australian Railway line will occur on 17th October, 2017.

Regional Development Australia Whyalla and Eyre Peninsula (RDAWEP) is assisting the National Railway Museum with arrangements to ensure that the centenary is appropriately celebrated.
The construction of the Trans-Australian Railway provided nation-building infrastructure that not only linked the east and western coasts of Australia, but also provided the platform for successful negotiations to encourage Western Australia to join the Commonwealth of Australia and establish the Australian Federation.
The railway line provided a supply chain to outback areas of South Australia; and was particularly important for developing the land between Port Augusta and the Western Australian border. This infrastructure is a legacy that still benefits Australia and South Australia today.
RDAWEP, as the agency responsible for driving regional economic development across the Eyre Peninsula, appreciates the infrastructure investment provided by the early settlers and previous generations, and believes that the benefits resulting from this legacy should be acknowledged.
The Trans-Australian Railway was completed on 17th October 1917 when the rail lines constructed simultaneously from Kalgoorlie and Port Augusta were linked at 1.45pm, at a site approximately 4kms west of Ooldea.
A 50th commemoration of the rail linkage was held on 17th October 1967 at the exact time and place that the rails were joined.  The rail link site was marked by the unveiling of two identical monuments placed north and south of the railway line as part of the 50th anniversary celebration.
The monuments were designed, constructed and installed by the Commonwealth Railways.  The main structure was comprised largely of a timber frame sealed with plywood, which supported rail steels and commemorative signage. However, the timber fabric was not sufficiently robust to withstand the environmental conditions and the monuments have since deteriorated and collapsed. 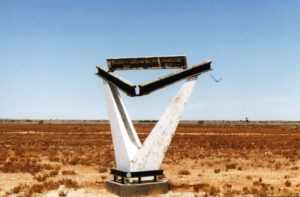 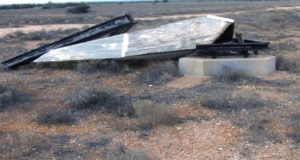 RDAWEP’s role to support the centenary is to project manage the process to replace the monuments, which will be unveiled during the centenary celebration.
The intention is to have a South Australian sculptor design and build two identical sculptures that use the existing concrete and steel bases of the original monuments. The sculptures will be constructed in robust, long lasting materials – preferably steel – and will be based on a design concept that uses the linking of the railway as a symbol or motif to represent economic development and regional growth.
A project brief for the sculptures is currently being prepared.
The centenary celebration will achieve national prominence.  The National Railway Museum will release the event details at the Australasian Railway Association AusRAIL Conference in Adelaide in late November 2016.
Other organisations are also working on celebrations that focus just on Port Augusta, over the weekend of 21st and 22nd October 2017, including the re-enactment of the first train from Adelaide to Port Augusta, and the subsequent departure of the first standard gauge train to Kalgoorlie on 22nd  October 1917.
Arrangements are being progressed with the Pichi Richi Railway group for a steam train re-enactment from Quorn to Port Augusta on the same weekend.
Regardless of the proposed celebrations at Port Augusta, the most historically significant element of the celebrations is the importance of unveiling the two monuments near Ooldea on 17 October 2017 to commemorate that heroic achievement in the development of the nation.  The logistical arrangements for the event are in progress.

People and organisations interested in attending or supporting the celebration should register their names with RDAWEP on 8682 6588.
Further information about the celebration can be provided by the RDAWEP Special Projects Manager, Bob Ramsay, on 8623 0516.