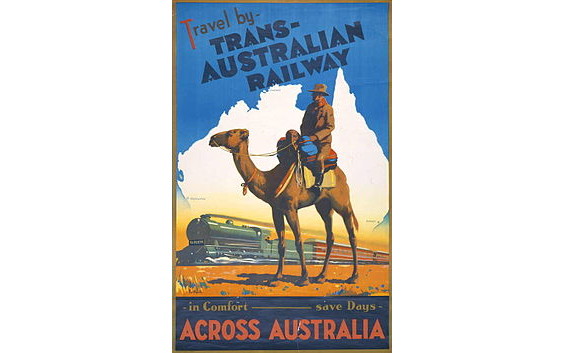 The centenary of the linking of the Trans Australian Railway line will occur at 1.45pm on Tuesday 17th October 2017.  The celebratory event is being held on the southern side of the railway line, approximately 4kms west of Ooldea. 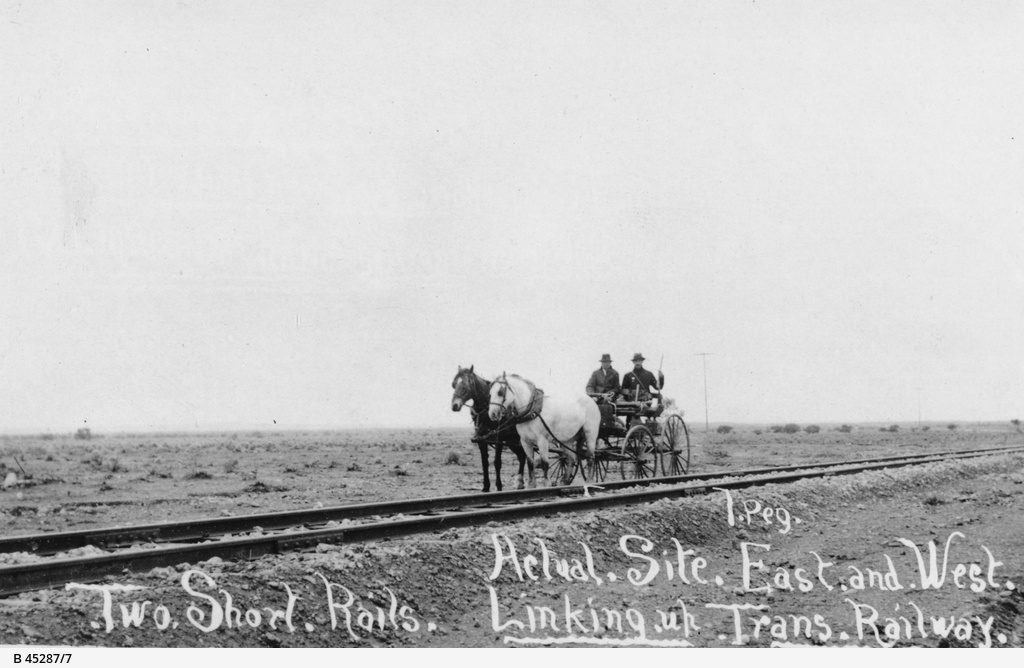 Link up East-West [State Library of South Australia B45287/7]

Regional Development Australia Whyalla and Eyre Peninsula (RDAWEP) and the National Railway Museum (NRM) are coordinating the celebration.  This task has been greatly assisted by Dick Smith Foods, which has generously provided $10,000 in sponsorship to ensure that the event will proceed. Dick Smith is planning to attend the event and has been invited to be a guest speaker.

Even though the celebration is being held in a very remote location – about 340kms north west of Ceduna by road – there is a great deal of interest in the centenary from historians and lovers of railway history. Over 200 people and 100 vehicles have registered to attend. This includes people from South Australia, Victoria, New South Wales, Western Australia, Queensland and the ACT.

Many of the people are self-equipped travellers who will be bringing caravans and camper trailers for their accommodation. Five 4WD groups are attending from Melbourne, Horsham, Gosford and two groups from Perth.

The attendance numbers are expected to increase substantially closer to the event, because RDAWEP has been advised that numerous other people plan to attend, but have yet to register.

If any of your friends have an interest in attending the celebration, please ask them to contact RDAWEP Special Projects Manager, Bob Ramsay on bob.ramsay@rdawep.org.au and their contact details will be added to the project database.

People on the database receive regular project updates by email to ensure they are fully informed about the celebration.  Please also contact Bob if you want more information about the event.