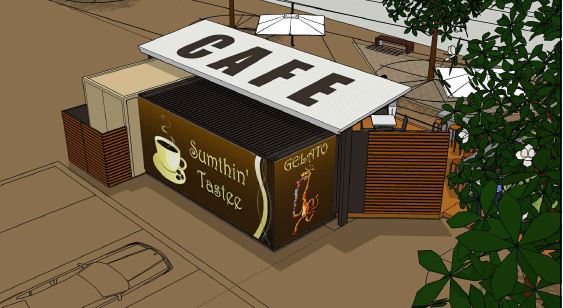 The establishment and opening of a unique coffee/gelato/cafe at the Jim Pollock Wetlands in Whyalla is getting very close.

To say that the proponents, Diane and Robert North had to jump a number of hurdles would be very much an understatement.  In what is somewhat of a first for Whyalla, the establishment of a cafe that uses a shipping container as its major infrastructure building, and being located on crown land that is under the care and control of Council and does not have any services such as power and waste disposal, meant a lot of behind the scenes work had to be done.  As an additional hurdle, the steel and iron covering materials and a generator were removed from the site and had to be replaced.

Approvals were obtained and a lease has been entered into that meets the original Wetlands Master Plan.  The cafe will be located on a site adjoining Broadbent Terrace near the car park and toilets and close to the turfed area.  This will be very enticing to persons that use the walking track around the wetlands, tourists that stop for a break, and persons travelling through Whyalla.  Potentially, it will add to Whyalla’s attractions and encourage people to stay a few days and enjoy the foreshore and surrounds.   It is hoped that the cafe will be operational soon.

With the positive feel that now emanates from Whyalla, the very unique coffee/gelato/cafe Sumthin’ Tastee will complement the direction that the city is heading.

Regional Development Australia Whyalla and Eyre Peninsula congratulates all that are involved in this venture and wishes Diane and Robert every success. 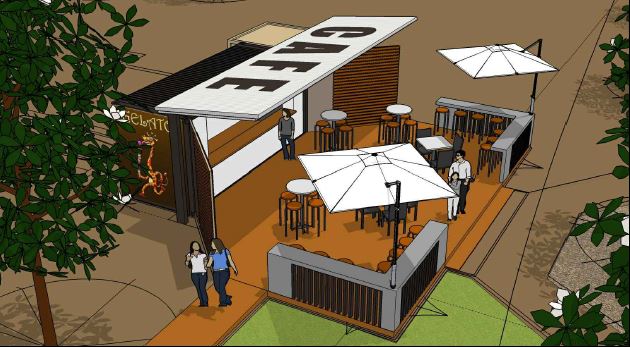