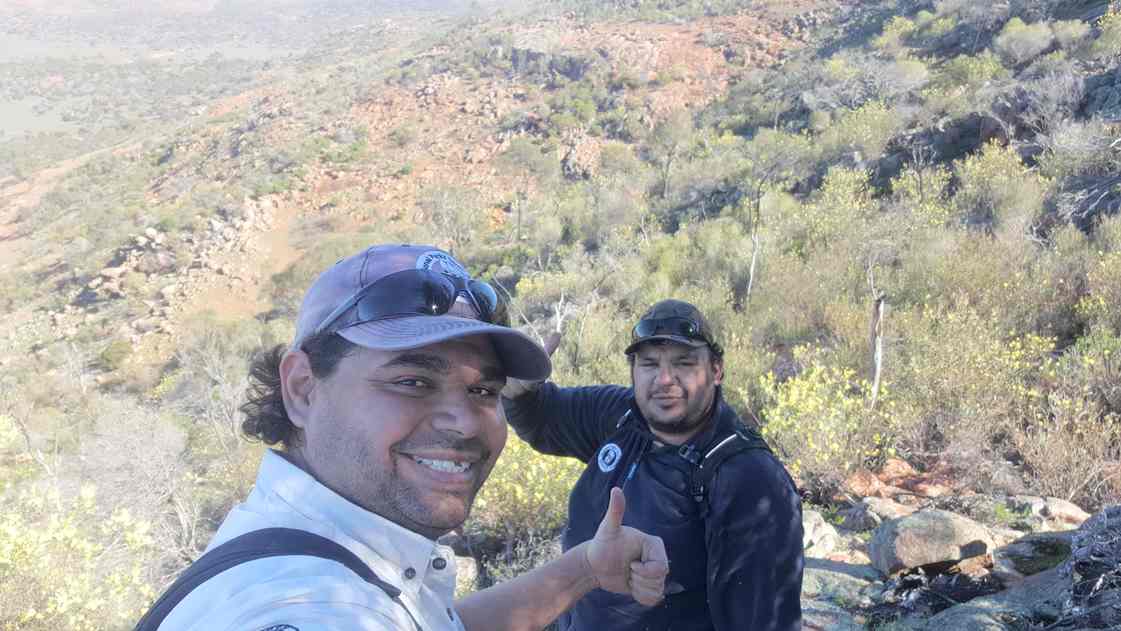 A scoping study highlighting paths and actions for the establishment of an Aboriginal Rangers program across Eyre Peninsula has been completed by Regional Development Australian Whyalla and Eyre Peninsula, for the Eyre Peninsula Natural Resources Management Board.

Natural Resources Eyre Peninsula Aboriginal Partnerships Team Leader David Farlam said there is cultural knowledge specific to Eyre Peninsula which could be applied and shared and provides a different way to look at caring for country, from an Aboriginal perceptive.

“This study has been prepared in partnership with Aboriginal groups and with input from local organisations and schools. It shows great forward thinking and I believe it will result in realising long held ambitions that Aboriginal people have had to be actively involved in land management for the long-term here on Eyre Peninsula. I see a strong demand for Aboriginal Ranger employment from community, and a growing desire from others to learn and become connected to this ancient land we all live on through one of the oldest continuously connected cultures on the planet,” David said.

“One of the key points of difference in this study is independence. Aboriginal people working independently. At the same time in partnership with the leading environment management groups on Eyre Peninsula. Over the years, unfortunately, I’ve witnessed some great working on country initiatives finish just as success was being realised, and I’m sure others have experienced this too. A long-term solution with inbuilt independence is what this study is focused on,” David said.

“It’s been an honour to work on this study, particularly to draw the connections between other strategies in our region such as the Far West Aboriginal Tourism Strategy and the Coastal Vehicle Access Decision Making Framework which could both benefit. I’ve also approached training facilities to see who potentially could be on board with training delivery. This is exciting because of how it can mesh with the State Governments’ apprenticeships and traineeships investment and how it aligns with the Australian Governments’ Working on Country program. Our region is full of potential and talent, we’ve seen demonstrated in WildEyre, Chain of Bays and Ceduna Aboriginal Corporation labour hire, so we have some solid successes to build on from for this next benchmark project,” Howard said

The Eyre Peninsula Natural Resources Management Board will meet next month to consider the study’s findings. Members of the public can access a summary of the study once finalised by the Board.