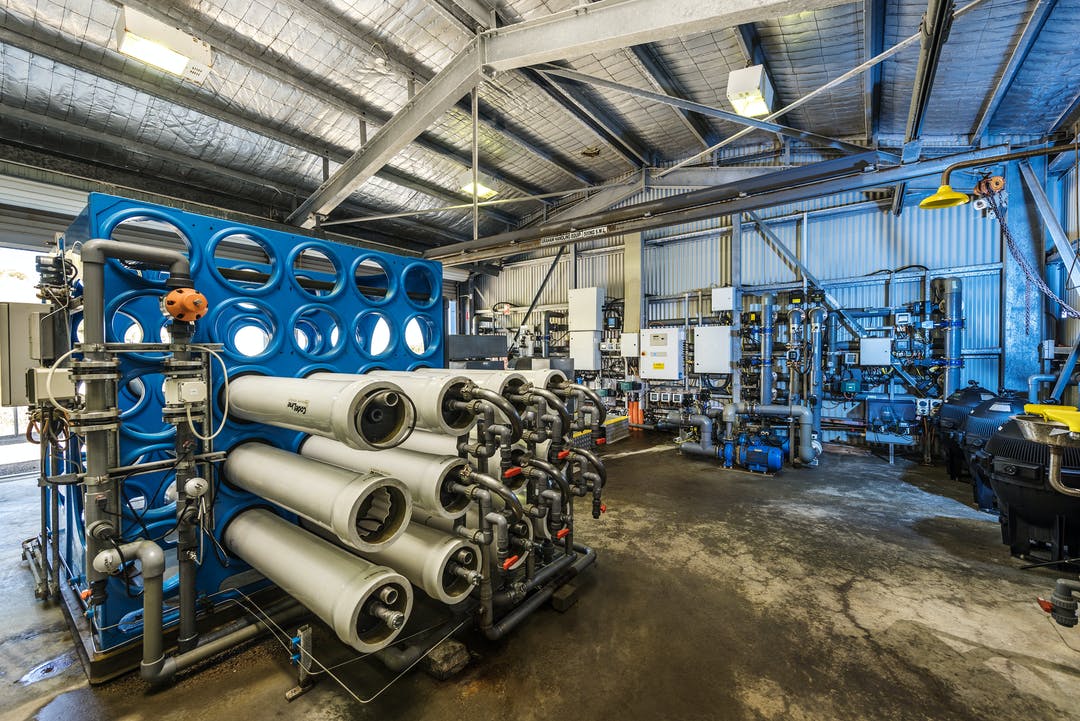 At the Regional Development Australia Eyre Peninsula (RDAEP) Board meeting held at Cowell on Friday 22 October 2021, the following resolution was carried unanimously.

That the Regional Development Australia Eyre Peninsula Board strongly support the urgent need for a desalination plant on the Eyre Peninsula, but absolutely opposes the proposed location of Billy Lights Point or any other location in the Port Lincoln bay areas and that SA Water adopt international best practice in site selection and the whole project development.

RDAEP fully understands, supports and is a long term advocate for security of water supply and the absolute necessity for it to be a balance of climate and non-climate dependent water sources.

Desalinated water supply is urgently required to achieve this and from our firsthand observation is very strongly supported within the community and by industry.

However, quite predictably there is a deeply held conviction within the community that locating the facility within a relatively closed eco-system, such as the bay areas, will pose unnecessary risk to substantial long term investments and jobs associated with aquaculture, fishing, tourism, environment, and exports. The risk is perceived as real in terms of compromising future production/viability and damaging the very strong international brands associated with Port Lincoln, The Seafood Capital of Australia and Eyre Peninsula – Australia’s Seafood Frontier.

RDAEP has requested SA Water to seriously study, in parallel with the current analysis, locations outside of the bay areas because RDAEP is not convinced that SA Water will win industry and community support (social license) to site the facility in the bay areas and is most anxious that valuable time is not inadvertently squandered in trying to meet the summer of 2023-2024 critical deadline set by SA Water. It is probable that scientific data collection and testing programs in the bay areas meaningful of fairly and reasonably informing industry impacts, may take two to four years as opposed to the six months for data gathering and modelling currently being undertaken.

World’s best practice suggests locating desalination plants at high-energy coastal sites remote from valuable biological resources. The bay areas do not meet these requirements but the original location at Sleaford does. Regretfully Sleaford has proven challenging on a time and cost basis.

After several meetings and workshops with SA Water, it appears that the amount budgeted for this project may have been based upon developing a standard facility and interfacing infrastructure within a theoretically gentle physical environment and to existing energy and water distribution infrastructure networks. It appears that Boston Bay is the location closest to fitting the original budget estimate. However, an inadequate and poorly researched budget cannot justify transferring risk from SA Water onto industry and the community.

Based on discussions with SA Water, building at Sleaford may cost around triple the budgeted estimate, as would changes to the existing network infrastructure if it was built north of Port Lincoln. Sleaford cost estimates have apparently been tested in great detail but RDAEP is unsure if infrastructure network changes have been as well scrutinised, particularly in the context of the whole region’s longer term network needs. RDAEP respectfully suggests that independent cost and economic impact assessments of building the facility in the bay areas, at Sleaford and north of Port Lincoln with network infrastructure change, should form part of the planning process, especially including risk scenarios to all industry and communities reliant on the bay areas.

Have the bay areas been selected because it is the only location that SA Water can identify that fits closest to its budget and is the budget adequate to the real need?

RDAEP is deeply concerned with the bay area options, that there is insufficient time to conduct dependable scientific studies to meaningfully inform risk analysis to social, environmental and economic risk impact assessments, and request that alternative high energy, less biologically rich sites be properly and fully investigated for the proposed Eyre Peninsula water desalination plant. It also recommends that sites on Eyre Peninsula that are currently dependent upon the River Murray, such as Whyalla, future industries such as hydrogen production and mining and unserviced peri-urban areas should form part of a wider consideration of desalination plant capacity and future network distribution needs for Eyre Peninsula.