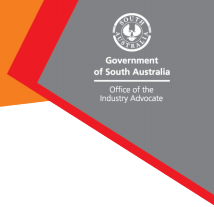 The State Government has announced changes in procurement that will streamline the experience for small business.
On 1 September 2016, the State Government replaced 11 different contracts with one streamlined contract.
This contract is small business friendly and will apply in key areas including most consultancy services and low to medium risk goods and other services.

In a major win for small business the contract requires lower levels of insurance, only $1,000,000 in public liability insurance down from $5,000,000.
This reduces cost when seeking to meet the insurance requirement for State Government.
There is no contract indemnities required from suppliers.
Insurance policies will not require the State Government to be named on certificates.
And the contract sets default limits of liability of between one and five times the contract value.
These changes have arisen from recommendations made by the Industry Advocate in January 2014 where he recommended changes to set default limits of liability on low risk contracts at five times the contract value.  This was accepted by Cabinet and in March 2015 the Industry Advocate launched a policy paper titled Suppliers as Partners which pushed to take this even further.  This approach underpinned the reforms the government has just announced.
For more information about these procurement reforms CLICK HERE