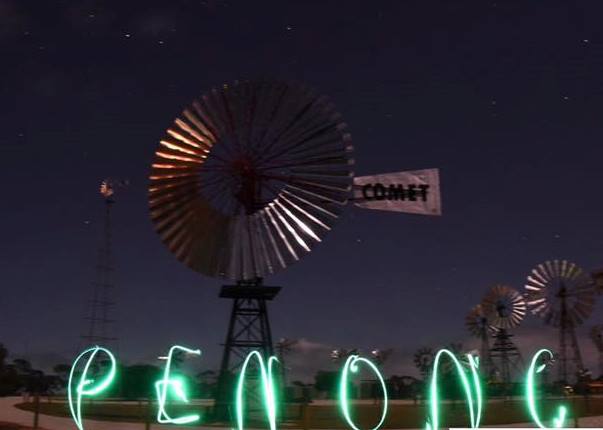 The small community of Penong on the Far West Coast has developed a unique way to slow down the tourists in their town.  The Penong Windmill Museum was officially opened on the 10th September, 2016.  What was simply an idea more than 10 years ago by locals Robert Oats and Tim Hardy, has now attracted the nation’s attention featuring on The Morning Show, Landline and in a variety of other media.
While the idea for the project was Tim and Roberts, it has taken the entire community and thousands of volunteer hours to get the attraction to where it is today.  Built initially to preserve the town’s history and long association with windmills, the museum has the potential to increase the economic benefit of tourism to the town with more than 75 vehicles stopping to take photos and have a look the day before the opening.  Visitors have travelled from as far as New Zealand specifically to see the windmills.