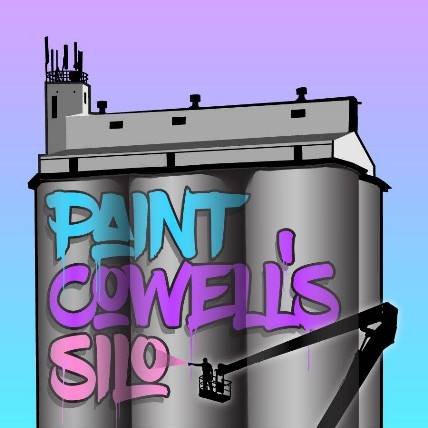 The Franklin Harbour Community Development Group have decided that Cowell deserves to be part of the silo painting movement.
The group have officially engaged Byron Bay artist Austin NITSUA to work with them and the community to deliver a silo art project for the town.
“We’ve decided a lick of paint on our highest standing monument is exactly what this town needs,” Franklin Harbour Community Development Group Member Dee Cook said.
The group were approached by Byron Bay artist Austin NITSUA early this year. The artist became inspired to paint the silo after a recent visit to the area.
“When Austin approached us, we knew we couldn’t miss out on this fantastic opportunity to gain a silo art attraction for our town,” Ms Cook said.
Franklin Harbour District Council’s Tourism and Development Officer Stacey Franklin said Council is extremely supportive of the project.
“We’ve seen the economic and cultural benefits silo art has delivered to Kimba and Tumby Bay. We look forward to seeing the excitement this generates for Cowell in the lead up to the project and beyond,” she said.
Austin NITSUA is known for his large-scale murals and impressive street art, particularly his distinctive stencil artwork techniques.
“I was blown away by the landscape of the Franklin Harbour region and inspired by the people I met who live in the town of Cowell,” Austin said.
“I am concepting artwork for the Silo based on my experience in the town late last year, and the characters I met while I was there.”
The group are now seeking interest from local businesses and community groups to join them in supporting the project, through either becoming a corporate sponsor or a community partner.
They aim to raise $20,000 to deliver the project by mid next year.
For more information on how to donate or get involved in fundraising visit the Paint Cowell’s Silo Facebook page. 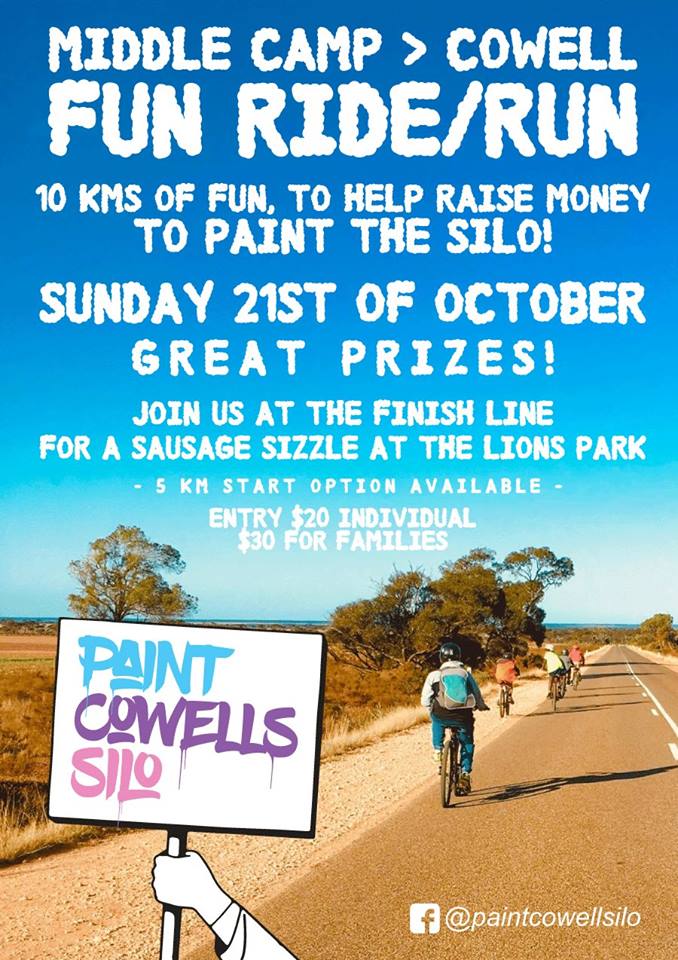