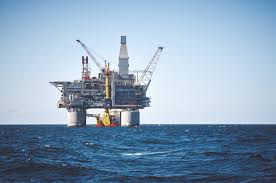 Equinor is the latest in a line of energy companies to inform the Australian authorities of its decision to discontinue its exploration drilling plan in the Great Australian Bight (GAB).

Similar messages have been received previously from BP and Chevron. Companies have referred to the GAB projects not being commercially competitive to other opportunities in Australia and overseas. All three have existing and substantial investments in Australia.

Reaction to this decision has been mixed.

Opponents to energy exploration in the GAB have welcomed this news. Mostly based on the strong belief that drilling in the GAB poses an unnecessary risk to the environment, coastal communities and to industries such as fishing, aquaculture and tourism.

The National Offshore Petroleum Safety and Environmental Management Authority (NOPSEMA) approved Equinor’s Environment Plan, however objectors continued to cite the ‘Deep Horizon’ disaster in the Gulf of Mexico, general distrust of oil companies and the fear that a worst-case disaster in the GAB could impact the coastline of five Australian States.

Esso (ExxonMobil) undertook exploratory drilling in Bass Strait earlier this year in water slightly deeper (2300m) than the Equinor proposal and located about one hundred kilometers offshore from Victoria in its Sculpin prospect. This example is being used by drilling in the GAB supporters for comfort that drilling at great depths and in adverse weather conditions can be safely achieved.

Oil and Gas production in Bass Strait’s contribution to the Australian economy has also been extrapolated by supporters to indicate that the GAB might be capable of providing about $2bn to the State Government, $68bn to the Australian Government, plus 1000 direct jobs and profitable co-existence with existing industries such as seafood and tourism.

Whatever the reality may be of the vastly opposing views, the discontinuance of exploration in the GAB certainly removes an economic option from this region for the foreseeable future.

Typical of many parts of regional Australia, Eyre Peninsula is struggling to maintain its population. Attracting and retaining a skilled workforce is increasingly very difficult. The need to diversify and to grow Eyre Peninsula’s economy to ensure livability of communities and sustainability of industries is urgent.

The economy of this region relies on imported energy to support the production and export of food and minerals. EP’s visitor economy (tourism) is highly reliant and sensitive to energy supplies.

The global economy is transitioning from a high carbon base to a low carbon base. This region is identified as being one of the best low carbon energy resource zones in the world.

EPCBH is a grain growers cooperative founded in 2017 for the purpose of maximizing opportunities of a new multi-use port at Cape Hardy to the benefit of its members. The synergies being identified by IRD, H2U, EPCBH, other companies and RDAWEP provide the greatest potential benefit to the region of any project known to RDAWEP. It can be the catalyst for economic diversification, workforce development and population growth that this region and state so desperately needs.