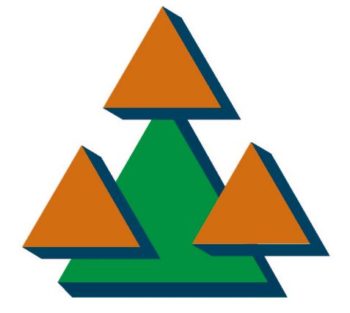 The Upper Spencer Gulf has won the rights to host a national conference next year.
The ‘Sustainable Economic Growth for Regional Australia’ (SEGRA) conference will be jointly hosted by Port Augusta, Whyalla and Port Pirie in October 2017.
The host region was announced at this year’s conference in Albany, Western Australia, with Port Augusta Mayor Sam Johnson accepting the award on behalf of the region, supported by a number of Upper Spencer Gulf delegates also in attendance.
“We are absolutely thrilled to be hosting the 2017 conference in the Upper Spencer Gulf”, said Mayor Johnson.
“This is the culmination of around 18 months of work and support from the three Upper Spencer Gulf Councils, Primary Industries and Regions SA, Regional Development Australia, the Whyalla Campus of University of SA and the Adelaide Convention Bureau in preparing our conference bid”, explained Mayor Johnson. “Our local conference team will now work with the national secretariat over the coming year to prepare the program, attract guest speakers and arrange conference venues, catering, accommodation, transport and tours.
“We are proposing to showcase all three of our cities”, explained Mayor Johnson. “The first day will be held at Central Oval in Port Augusta, with the second day providing conference delegates the opportunity to visit either Whyalla or Port Pirie.”
Regional Development Minister and Member for Frome Geoff Brock said the State Government had committed $50,000 in funding to support the Upper Spencer Gulf Common Purpose Group’s hosting of the 2017 SEGRA conference.
“This is a huge win for regional South Australia, attracting a national audience to the Upper Spencer Gulf and in particular the key cities of Port Augusta, Whyalla and Port Pirie where the event will be held, Mr Brock said.
The State Government is committed to improving economic and social outcomes for regional South Australia, recognising its significant contribution and importance to the state.
Port Pirie Mayor John Rohde and Whyalla Mayor Lyn Breuer are also very pleased with the outcome.
“The conference is focussed on regional economic development which gives us a fantastic opportunity to showcase the range of exciting initiatives happening in our region – from Sundrop Farm in Port Augusta, Muradel Biofuel in Whyalla, Nyrstar Transformation in Port Pirie, the Cultana Defence Training Area expansion, the Spencer Gulf marine ecosystem and development research initiative and – hopefully by then – a number of solar renewable energy projects that may have come to fruition.”
The event will also coincide with another national conference, convened by the Australian Rangelands Society, being held in the region in late September.
“Holding two national conferences within a month of each other really starts to put the spotlight on just what an economic opportunity this is for us” explained Mayor Johnson.
“When you combine this injection of new interstate visitors to our region with the highly successful trade and resources expo convened by Global Maintenance USG annually in late August and a number of other significant sporting events, it really starts to become a significant boost for our three cities.”
“Event tourism is a massive opportunity to attract people to the region and the three cities who might otherwise never visit,” said Sam. “We know that the Upper Spencer Gulf has the conference facilities and accommodation to host major conferences and events”.
“We are also planning to use the conference as a launching pad into the Flinders Ranges, Outback, Eyre Peninsula and Clare Valleys. We are aiming to offer a number of tours to these fabulous regions as part of the conference.”