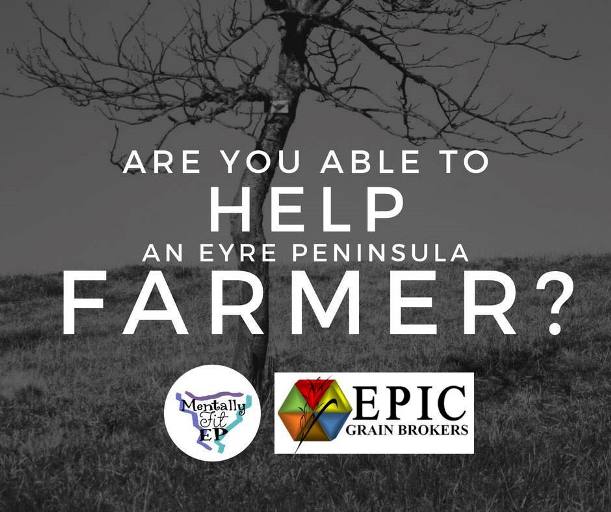 In July 2018, the EPIC Charitable Trust was set up with the aim of providing feed for livestock.  The campaign is seeking business and community support to donate hay or grain to feed livestock, space for agistment, and funds to cover the costs of baling and transport of donated straw.   The goal is to bale straw this harvest to help growers through the upcoming summer months.

The first truckloads of Lower Eyre Peninsula hay were delivered to Arno Bay and Cowell in August with many more delivered to more than 10 primary producers during September.

Producers are desperate to keep their breeding stock to give them a head start when the season does break.

Many businesses, community groups, sporting groups and schools have shown their support by making a donation.  All support goes directly to local farmers.

Mentally Fit EP and EPIC Grain Brokers extend their sincere thanks to their sponsors and supporters!

Update as of 2nd October:  EPIC Charitable Trust has reached its fundraising target!
The trust can now bale 5,000 bales of straw for Upper Eyre Peninsula farmers.
Donations are still being accepted and any additional funds will be put towards extra transport costs and/or well-being programs.