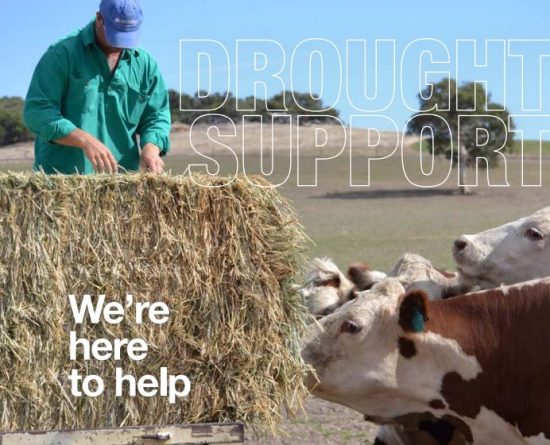 Minister for Primary Industries and Regional Development, the Hon. Tim Whetstone chaired the meeting and opened the meeting by formally acknowledging that the season had continued to worsen and drought was now affecting several regions across the state.

Rural Business Support reported that demand for its financial counselling services had grown by 57 per cent since December and was reaching capacity. They welcomed the rollout of the Family and Business Support (FaB Support) Program to help alleviate some of the demand.

The Group agreed to the following actions:
• Minister for Primary Industries and Regional Development would represent industry concerns at the National Drought Summit about the detrimental effect the NSW transport subsidy was having on other states and industry sectors.
• Plan urgent meeting to address the gap in the mental health support system and develop actions.
• Continue to work with other support and government agencies to coordinate and increase positive engagement with producers through relevant events and workshops and promote available health and wellbeing, financial and technical supports services available.
• Organise a meeting with State Emergency Relief Fund to seek advice on coordination of donations and charities in times of adverse events and emergencies.
• PIRSA and State Recovery Office to discuss and plan for the rollout of local drought coordination committees, in drought affected regions as next stage of the drought response program.
Ongoing Actions of the Drought Working Group also include:
• Continue to gather intelligence and extend PIRSA’s Crop and Pasture Report to include information about fodder stocks and impacts on the livestock industries.
• Continue the 24-hour Agriculture and Animal Health and Welfare Hotline (1800 255 556) and encourage producers to call if they have any questions or concerns about animal health or welfare and any issues related to the current dry conditions.

The Drought Communities Programme has been extended to include South Australia which will benefit six Eyre Peninsula council areas.

The program will support local community infrastructure and other drought relief projects for communities impacted by drought.

Funding of up to $1 million for each council will target infrastructure and other projects that:

Eyre Peninsula Councils now eligible to access the funding are:

Eligible Councils were selected based on the level of need, determined using rainfall deficiency data from the Bureau of Meteorology, in conjunction with population and industry data (reliance on agriculture) to assess the overall economic impact of the drought in the region.

A full list of drought support services can be found at www.pir.sa.gov.au