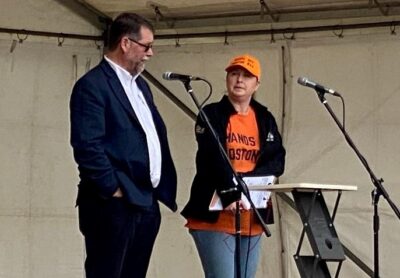 RDAEP and the Port Lincoln community have been active in voicing their concern about the effect a desalination plant would have on the aquaculture industry within the bays of Port Lincoln.

The SA Government and SA Water have built an additional 12 months into the schedule for the Eyre Peninsula Desalination Plant project to enable the period of baseline scientific monitoring of the marine environment in Boston and Proper Bays to be extended, and to revisit the site selection process in a way that provides increased involvement for key stakeholders and a better understanding of a final location.

The RDAEP Board welcomes the decision and urges SA Water to consider other sites. The Board unanimously voted on a resolution that it “….strongly support the urgent need for a desalination plant on the Eyre Peninsula, but absolutely opposes the proposed location of Billy Lights Point or any other location in the Port Lincoln bay areas and that SA Water adopt international best practice in site selection and the whole project development.”

At the Hands off Boston Bay rally held on Saturday 20 November 2021, RDAEP CEO, Dion Dorward spoke about the need for a non-climate dependant water supply for both community and the development of industry, but not at the risk of community, environment and the existing high-value seafood industry.

RDAEP will continue to assist in ensuring that the most suitable site for building a desalination plant on Eyre Peninsula is selected.