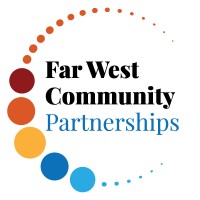 The Far West Community Partnerships officially launched in Ceduna during the last week of May. The organisation is dedicated to empowering Far West Coast Indigenous people by addressing intergenerational social and economic disadvantage, enabling the cultural recognition and determination of the Aboriginal Communities of the Far West Region: Ceduna, Koonibba, Scotdesco, Yalata and Oak Valley (Maralinga).

RDAEP staff Dion Dorward, CEO and Howard Coote, Indigenous Economic Development Manager attended the official launch and enjoyed some of the activities that were held over the week including community workshops and bbq.

Much benefit was gained by networking with many agencies, both government and non-government, including discussions relating to increased economic development that include improved employment and social activities.