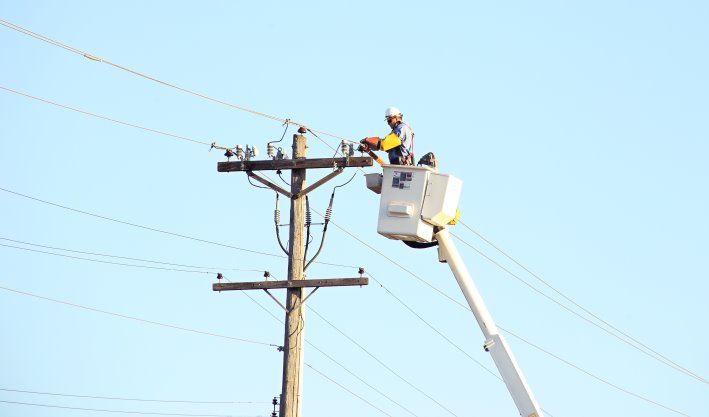 Following the lightning storm on 18 May which brought about 150,000 lighting strikes across the Eyre Peninsula’s west coast, RDAWEP conducted an online survey to capture the impacts of the blackout.

The damage to the South Australian Power Networks (SAPN) electricity grid was extensive, and it took several days to repair the damage.

Response to the survey was high, with 240 responses – a majority of which experienced a power outage of longer than 24 hours, and 75% experiencing similar blackouts in the previous 12 months.

Some of the key findings from the survey included significant impacts on business such as loss of water, computer systems, phones and EFTPOS, guest complaints and limited operations. The median loss for businesses was between $1000 and $2500, which included the loss of refrigerated medicines.

Insurance for these losses was also topical, with many people unsure of their eligibility and how to access assistance. Some residents found insurance claims were not worth it due to the cost of insurance excess, while others were prevented from making claims because they had purchased a generator.

Many residents have purchased generators following the blackout in 2016, and many more are considering purchasing one for the future. There were isolated pockets of no phone coverage, as well as loss of landlines, and many properties lost their water supply and had to purchase drinking water.

The survey also found a little over half of the respondents were interested in a solar/battery solution to keep the lights on during a blackout. However, some of the barriers to this were renting, concern around cost and affordability, already owning a generator and not wanting to cause an issue with the existing feed-in tariff.

The Eyre Peninsula Community Solar Scheme will provide some solutions to these issues, and more information can be found here.

Thank you to all who completed the survey.

RDAWEP will continue to lobby SAPN, Telstra and Optus about the impact of blackouts and telecommunications loss across Eyre Peninsula.

Insulator damage caused by lightning May 2019. Images: SAPN and Helistar