The EPCF recently concluded its adjourned Annual General Meeting for 2017, adopting the audited 2016/17 Financial Statements and announcing new Patrons and an Ambassador for the Foundation.

Highlights of the year included:

Glen Karutz has recently accepted the other Ambassador role for the Foundation. Glen was intimately involved in establishing the EPCF structure, so he can draw on this knowledge to promote the activities of the Foundation. 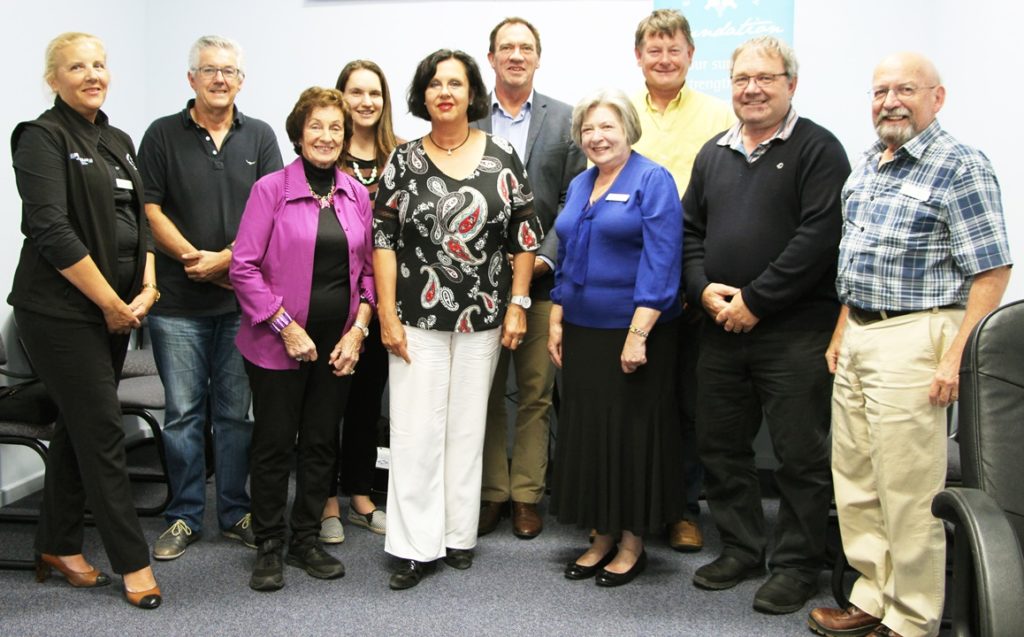 A large, dedicated group of volunteers continue to operate the highly successful Book Bazaar, raising funds for the Home Hospice and for the Foundation. The Foundation expects to renew the agreement with Matthew Flinders Homes shortly, ensuring that the Home Hospice service continues. Feedback from some families supported is very encouraging, confirming the value of providing the service.

The EPCF has now decided to expand the scope of the Home Hospice Fund slightly, to also make small amounts available to local Palliative Care teams involved in daytime in-home palliative care. These amounts will allow for little ‘extras’ to basic care to be made available, to improve life for families at a very difficult time. Donations can now be accepted for “general palliative care support” on Eyre Peninsula, although due to the nature of these expenses such donations cannot be tax deductible.

Visit the EPCF website at www.epcf.com.au, and the Foundation can be contacted on 0400 685 520 or by email to admin@epcf.com.au