Each year across South Australia, individuals, groups and organisations are striving for greatness in regional communities.

The Regional Showcase is a chance for us to reflect on the significant contributions made to regional areas, and to recognise those who are doing amazing work.  The best stories, written and shared by a team of journalists were shortlisted earlier this year and three winners have been declared. Two from Eyre Peninsula!!

Cowell Electric – Business Award Winner
Cowell Electric manages power station and distribution networks, providing 2,400 customers in 13 remote towns with electricity.  The business employs more than 100 staff across its Cowell and Olympic Dam sites, with plans to recruit more this year.  In 2000 the business faced liquidation, until Sue Chase stepped in and steered a huge turnaround.  Now the company has quadrupled sales and in 2016 was awarded a $20m State Government contract to supply electricity to remote towns and communities in the APY Lands.  READ THIS STORY 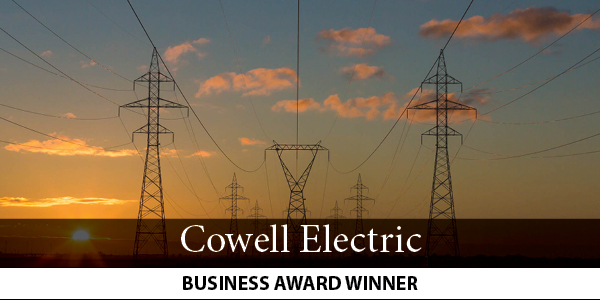 Tumby Bay Progress Association – People’s Choice Award Winner
In April this year, the Tumby Bay Progress Association celebrated the unveiling of a stunning artwork painted on the town’s giant grain silos.  Painted by Argentinean artist Martin Ron over five weeks, the mural has become a tourist attraction and joins a number of other silo artworks that have popped up across country SA and VIC in recent years. The progress association ran the project, officially launched in conjunction with the Colour Tumby Art Festival. The silo mural depicts two boys jetty jumping – a popular seaside activity.  READ THIS STORY 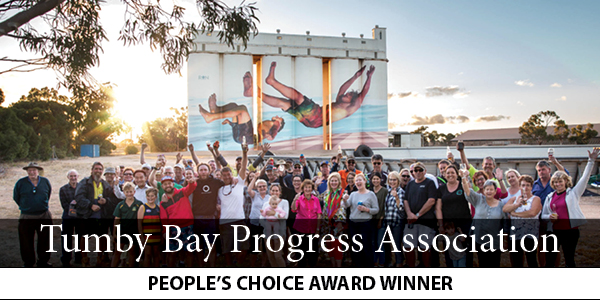 Hold Up – It’s not the end of the Regional Showcase!
Regional Showcase are always on the hunt for inspiring yarns from regional communities.  If you know an individual, organisation or business that deserves to have their story told in the next round, submit your idea for consideration.  Stories are being written all year round.